Some cheeses have the whiff of legend about them. Tornegus whiffs of both legend and old dishcloths, what with it being a washed rind cheese. You might not have heard of Tornegus but its family tree takes in some of the greatest British cheeses and their producers. 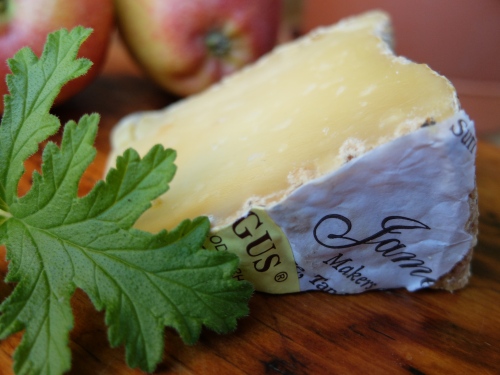 Tornegus is a pasteurised, washed-rind cows’ milk cheese, produced by Eastside Cheese in Godstone, Surrey. The cheese was first developed by the late James Aldridge, back in the 1980s. Aldridge was a mechanic and scaffolder who turned to cheese in the 1970s when he damaged his back. Joining his partner, Pat Robinson, in her modest cheese shop, he was soon scouring the country for decent cheeses, both those that were already established like Stilton or Cheshire but also new creations, made by pioneers such as Robin Congdon and Mary Holbrook. Along with Patrick Rance and Randolph Hodgson, he was part of a movement that helped to elevate and promote specialist British cheese-making at a time when shrink-wrapped blocks were the standard.

Fascinated by the intricacies of the cheese-making process, Aldridge began to experiment, especially with washed rind and smear ripened cheeses which, although numerous on the continent, were not being made in Britain. If you’re keen to know the difference between rind washing and smear ripening (I know that sentence sounds weird) I’ve written about it before, here.

Tornegus started life as a traditional Caerphilly from the Ducketts in Somerset. The legend has it that, when left next to a Colston Bassett Stilton on a shelf, some bacteria from the Stilton’s rind made its way over to the Caerphilly, with interesting, orangey, slightly stinky results. Aldridge developed this idea, both smearing the bacteria over the cheeses and also washing them in a solution of brine and Kentish white wine. He added in some dried lemon verbena and Egyptian mint and Tornegus was born (Tor = a high hill in Somerset and Negus = a spiced wine).

As well as Tornegus, Aldridge, along with Pat, went on to develop many cheeses which are still made today, by a variety of cheesemakers, such as Celtic Promise, Lord of the Hundreds, Olde Sussex and Flower Marie. He also influenced new cheesemakers, such as Martin Gott, who first worked with Aldridge as a teenager and went on to name his washed rind ewes’ milk cheese, St James, after him. Sadly, James Aldridge died in 2001 but Pat continues to make Tornegus, albeit now omitting the wine. Whereas Duckett’s Caerphilly is traditionally unpasteurised, Tornegus is produced using a pasteurised version.

Tornegus is a not a shrinking violet but, as with most washed rinds, once you get past the pungent smell, the taste is something else. Creamy and soft, it’s punchy and fruity; certainly a strong cheese and not one for mild Cheddar-lovers but, if you like a stinky cheese, definitely one to track down.