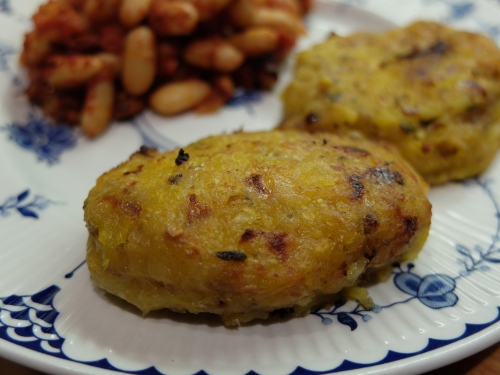 Anyone who uses Facebook is likely to be some kind of bore. You might be a baby bore, a triathlon bore or a ‘where I ate lunch today’ bore. Some people manage to combine all three. I have become a vegetable bore, forever parading my allotment produce. As social media bragging goes it feels fairly harmless; it seems unlikely that my rainbow chard is going to send anyone into a fit of envy, self-loathing and inferiority. Last week, I was especially pleased to parade these beauties; I never dreamed I’d be able to successfully grow butternut squash but in truth they pretty much grew themselves this summer. 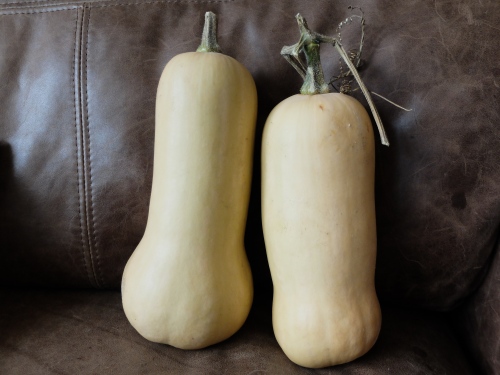 With autumn now upon us, my smoked cheese fetish rears its head once more. Last week’s St Gluvias seemed like a perfect accompaniment for squash and so when I saw a recipe for veggie burgers in The Times, I tinkered around with it, including the addition of apple (they were also ridiculously stingy to think that their quantities would feed four human beings, or perhaps I’m just greedy). I served mine with home-made Gigantes Plaki (and you thought they were baked beans, hey?) But I have to say that they would have been more at home sandwiched in a burger bun with some salad (it probably would have made for a nicer photo too…)

Tabasco, salt and pepper to taste 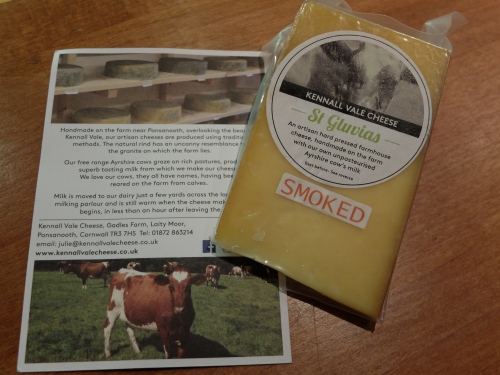 Combine the squash, garlic , sage, salt and pepper with the olive oil and roast in a baking tray until the squash is soft, about half an hour.

Leave the squash to cool and then mash it up in a bowl with the cheese, breadcrumbs and grated apple and season to taste. Divide the mixture into four and form each one into a rough pattie. 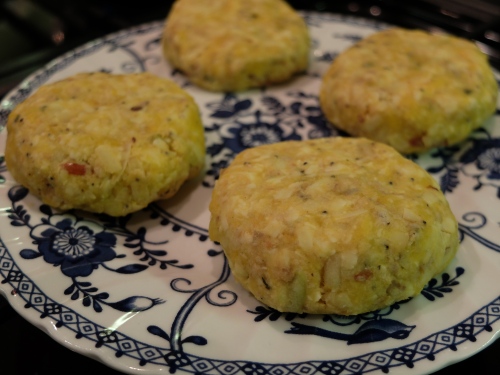 Bake in a pre-heated oven at 200/180 fan-assisted/Gas Mark 6 for 20 minutes. Remove them to the grill and give them a couple of minutes on each side to crisp them up and give them some colour. Serve hot.